PowSyBl (Power System Blocks) is an open source framework written in Java, dedicated to electrical grid modelling and simulation, licensed under the Mozilla Public License version 2.0. It is part of LF Energy, an open source foundation focused on the power systems sector, hosted within The Linux Foundation.

The power system blocks may be used through scripts for a quick implementation (or prototyping), but also be assembled to build state of the art applications. Indeed, one major aim of the project is to make it easy to write complex software for power system simulation and analysis. For example, using PowSyBl one can create applications able to:

Another key characteristic of PowSyBl is its modular design, at the core of the open source approach. It enables developers to extend or customize its features by providing their own plugins.

Check the Getting started and Configuration pages to learn how to install and configure PowSyBl.

For security analyses, it offers the possibility to define contingencies on the network. The grid model can also be enhanced with extensions that complete the equipments modeling (dynamic profile, short-circuit profile, monitoring, etc.).

PowSyBl as a library provides several APIs for power systems’ simulation and analysis (power flow computation, security analysis, sensitivity analysis, time domain simulation, etc.). These simulations can run either on a personal computer or on a server, but they can also run on a supercomputer like in the iTesla project with the Curie supercomputer. The separation of the simulation API and the implementations allows developers to provide their own implementations if necessary, which makes the framework very flexible.

PowSyBl is also available as a command line tool, for quick shot modelling and/or simulation. PowSyBl scripts may be written and executed thanks to the dedicated Domain Specific Language code included in the project.

All the features of PowSyBl are exposed as web services, so as to make it easy to build web-based applications on top of the framework.

The PowSyBl project contains of a set of Java libraries that cover all the abovementioned features:

All these repositories also contain the associated DSL when necessary, for a very simple use of PowSyBl through the command line and/or scripts.

The project also contains a set of microservices that expose PowSyBl’s features: 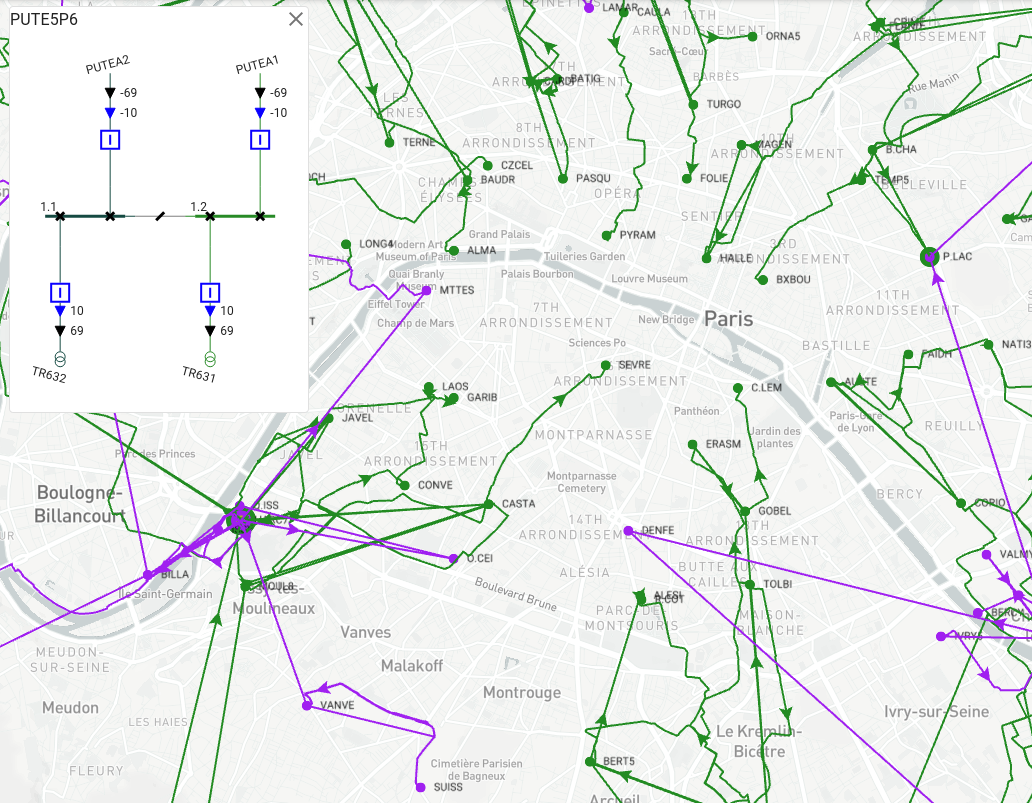 PowSyBl provides a repository containing all the necessary code to go through its tutorials: PowSyBl tutorials.

The PowSyBl incubator repository contains all the experimental code corresponding to ongoing work that is not stabilized yet.

The Powsybl dev tools repository contains tools to be used for debug purposes.